The best way to predict the future is to invent it. 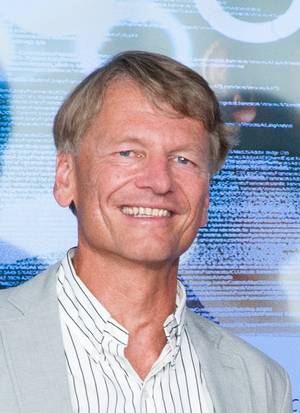 Welcome to the Software Engineering Group!

I hope you will find our Web site a useful gateway to information on our research activities which try to advance the state-of-the-art in software construction. Currently, we focus on the domain of cyber-physical systems, in particular those related to autonomous vehicles and energy. 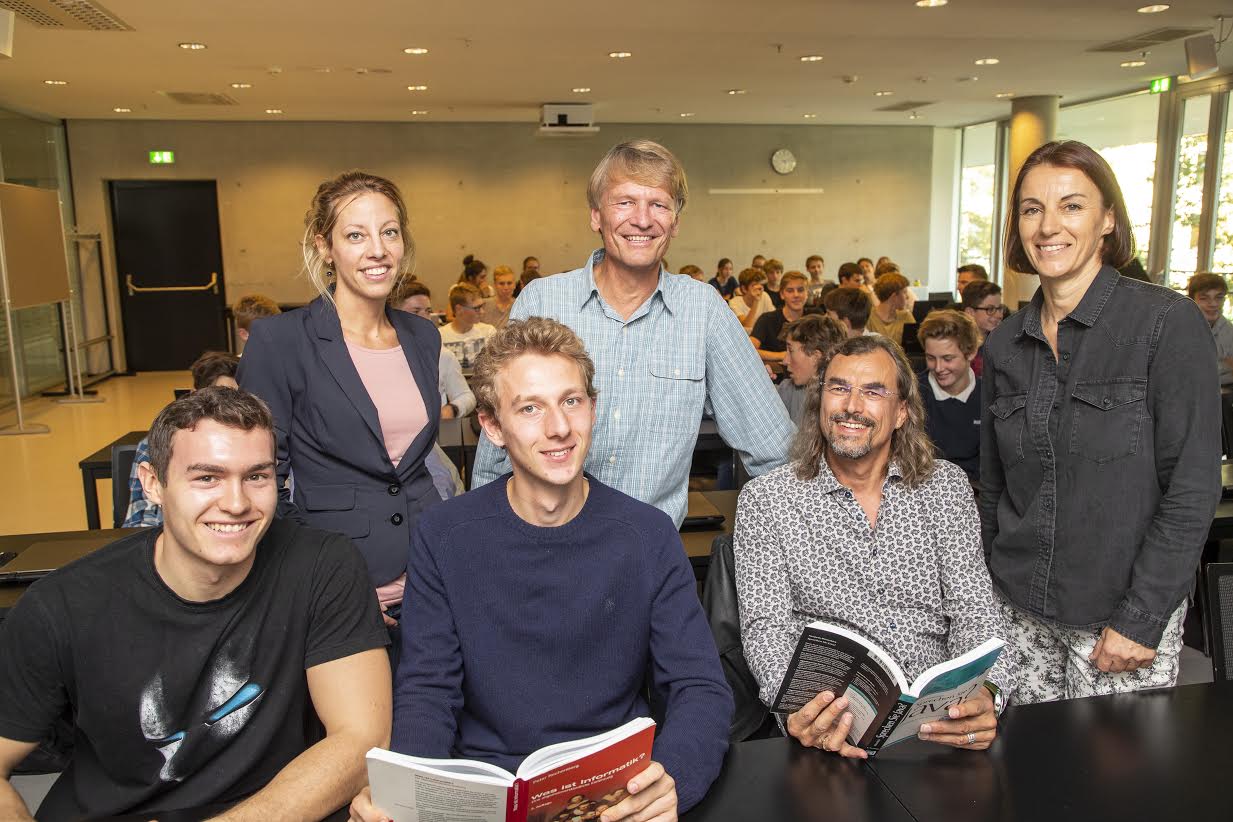 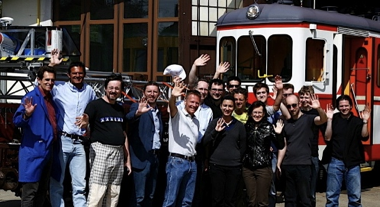 The goal of the autoBAHN project is to come up with a rail-bound transport system of autonomously driving vehicles. It should harness the existing railway infrastructure which is freely accessible, and typically provides single railtracks for regional branch lines. Information technology (sensors, actuators, computing resources, wireless train control and central control) forms the basis of autonomous driving. An autoBAHN system has to offer adequate obstacle recognition, train control and safety features to fulfill the strict quality requirements for public transport admission. 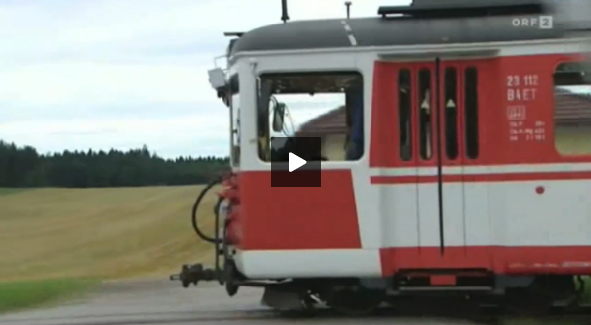 The envisioned autoBAHN system will push electric mobility on rails. The conversion of ca. 20 typical regional branch lines to autoBAHN systems would presumably save 4 million tons of carbon dioxide in 30 years in Austria alone. 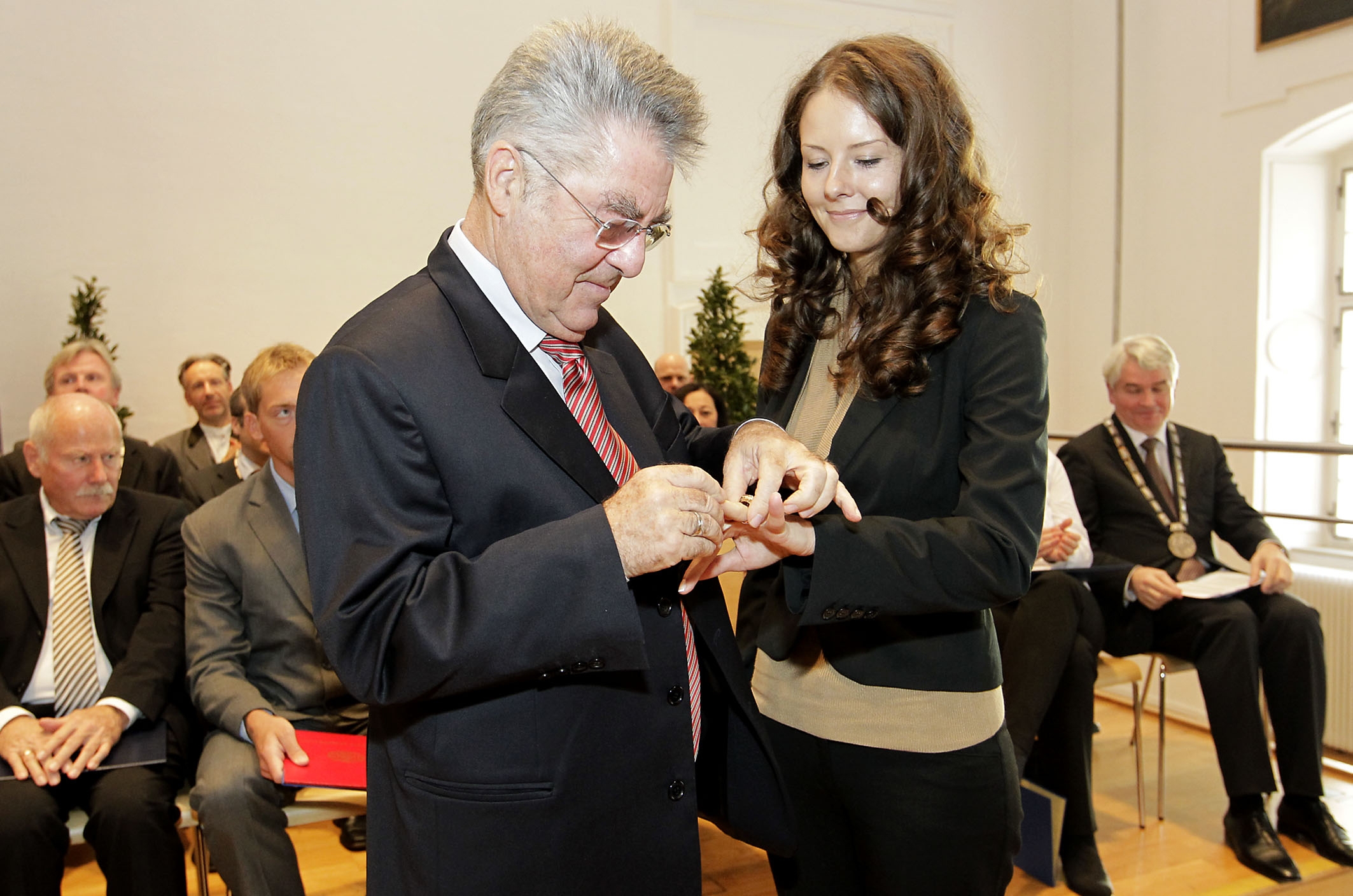 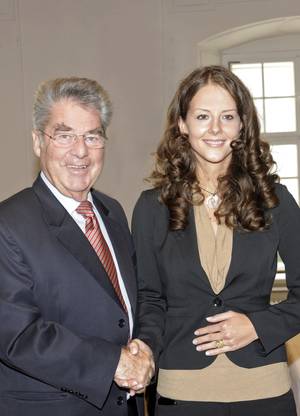 Patricia Derler wrote her PhD thesis (Execution and Simulation of Time-Annotated Software) in the realm of the C. Doppler Laboratory Embedded Software Systems. Her PhD was awarded by the president of Austria, a tradition called sub auspiciis praesidentis rei publicae. Based on our close cooperation with the EECS department University of California, Berkeley, she got offered a PostDoc position immediately after finishing her PhD and started to work there end of 2010. 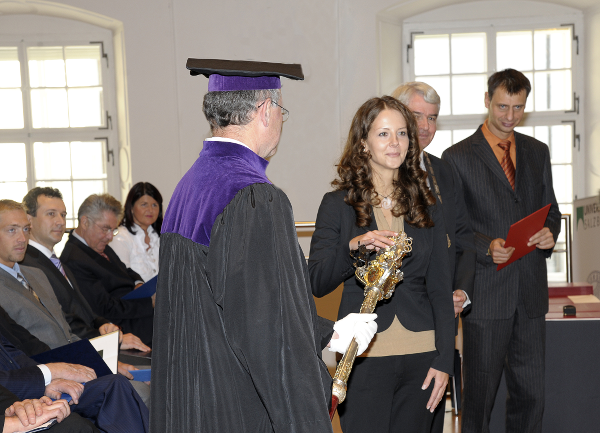 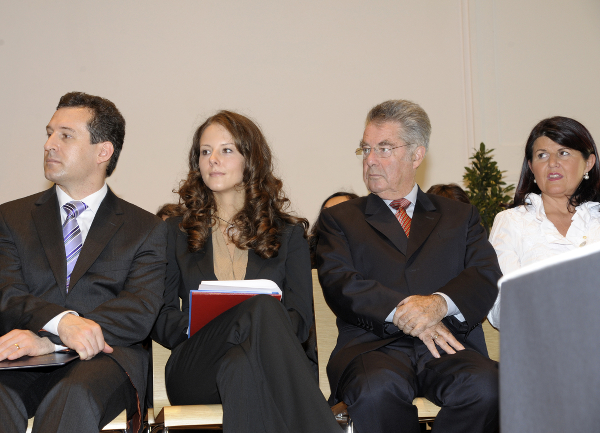 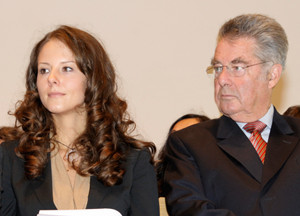 On November 24, 2008 33 young researchers were awarded the newly established „Award of Excellence“ by the Federal Ministry of Science and Research for the best alumni of doctoral programmes of an academic year in Austria. Among the winners is Dr. Gerald Stieglbauer. 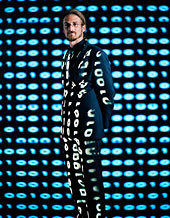 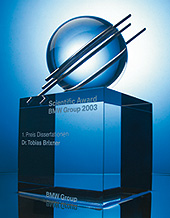 The graduating thesis of Gerald Stieglbauer makes a decisive contribution to solving certain problems in the field of programming of embedded systems. Embedded systems are computer systems embedded in another technical system that is not characterized as a computer, for example a CD player or automotive navigation system. "To master the increasing complexity of embedded software, abstractions must be introduced," explains Gerald Stieglbauer. "Suitable abstractions make it possible to compose partial systems while complying with the requirements of real time. This means, for example, that several functions can either be executed on an Electronic Control Unit (ECU) or moved between different ECUs." The thesis is based on the abstraction that goes by the name of Giotto, which was invented at the University of California at Berkeley that has already proved its value for embedded software and is available as an open standard. In his paper, this junior scientist has succeeded in integrating Giotto in the worldwide modeling tool Matlab/Simulink, thus making it accessible for industrial applications.

Gerald Stieglbauer is a "full-blooded" computer scientist who lives which other computer scientists in a completely networked commune in Salzburg. Besides hardware and software, Gerald Stieglbauer is also interested in Asian and European cinematic art. He is disappointed that the film has not yet been fully recognized as an art form. The "Mother of All Sciences," i.e. philosophy, is another field of interest of this junior research scientist. As a computer scientist, this discipline fascinates him mainly because of the plethora or information and communication that characterizes our age and the problems, and challenges, they imply.

Summary of all winners 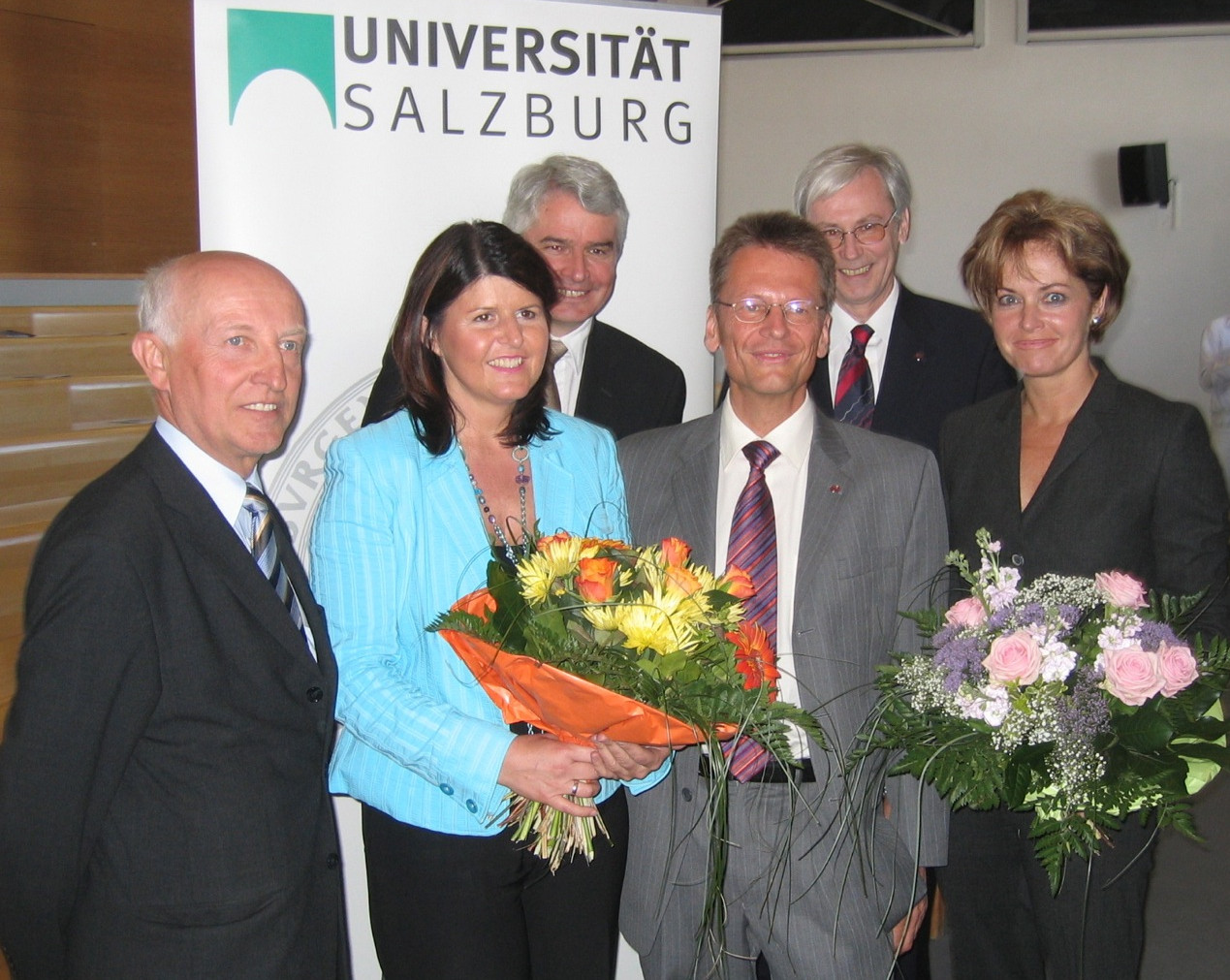 On May 2, 2007 the new C. Doppler Laboratory Embedded Software Systems is inaugurated.

Read more in the media (in German) 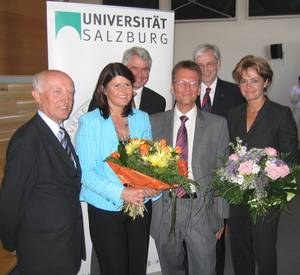 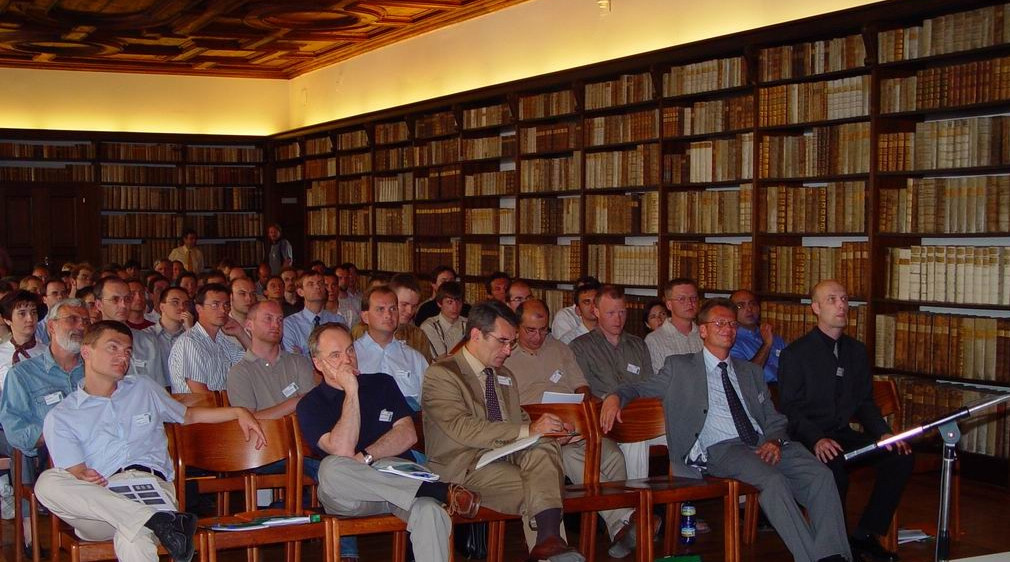 A summer school on Embedded Systems took place at the University of Salzburg, June 30 - July 2, 2003. 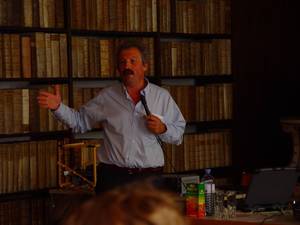 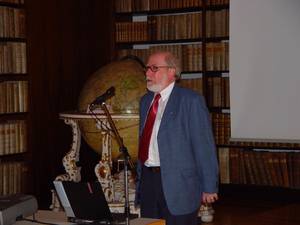